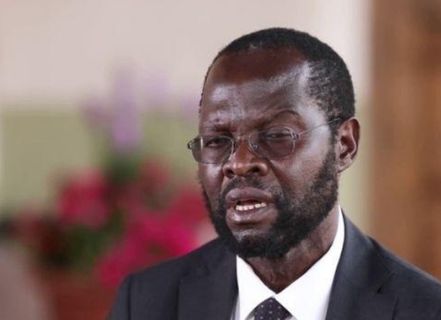 We commend Kisumu Governor Anyang’ Nyong’o, through his acting City Manager Abala Wanga, for issuing a notice to the establishments to minimize noise pollution in Kisumu County.

We particularly want to thank Mr. Wanga for banning prayer “crusades” in public places. Noise emitted from religious institutions is one of the major causes of noise pollution in Kenya. Nobody, whatever the religion or purpose, can claim a right to create noise even in his own premises which would travel beyond his precincts and cause a

nuisance to neighbors or others.

The call for prayers which is integral to Islam should also be banned.

We reiterate that faith is a private matter that should not be allowed to vitiate public life.

Churches are like announcement factories that pump toxic levels of noise pollution into the atmosphere.

A notice to churches and religious organisations signed by Kisumu Acting City Manager Abala Wanga stated that the ban was necessitated by complaints from members of the public.

Wanga in the notice said several complaints had been filed at his office by area residents who lamented over the increased number of crusades within public spaces of residential areas in the city.

“Notice is hereby given to all religious institutions to ensure that all public religious gatherings in estates and residential areas are stopped and held within their church premises and not in any public space,” read the notice in part.

The notice further instructed religious leaders to install soundproofing devices at their places of worship and restrict the crusades and gatherings to their premises.

“Take further notice that you are hereby directed to reduce the noise which we have noted to be excessive to the permissible levels (up to 45db) within your premises,” stated the notice.

Churches that fail to comply with the directive, according to the notice will face legal action as stipulated in sections 137 and 140 of the Environmental Management and Coordination Act 1999.

A similar notice was issued to at least 16 bars and nightclubs in the area which have become notorious for noise pollution.

According to the notice, the establishments have failed to comply with noise reduction measures despite several warnings.

Some of the premises named in the notice include; Ram XB, Mamba Lounge, Mwalimu Junction Hotel, Tausi Guest House and Restaurant, Topaz Club, and Empire Bar and Restaurant Wayside.

What the notice stated

“Failure to abide by this final notice will lead to revocation of your liquor license and the City Management shall proceed to institute legal action against them in conformity with sections 137 and 140 of the Environmental Management and Coordination Act 1999,” stated the notice.

Noise pollution is unwanted or excessive sound that can have deleterious effects on human health, wildlife, and environmental quality. Noise pollution is commonly generated inside many industrial facilities and some other workplaces, but it also comes from highway, railway, and airplane traffic and from outdoor construction activities.